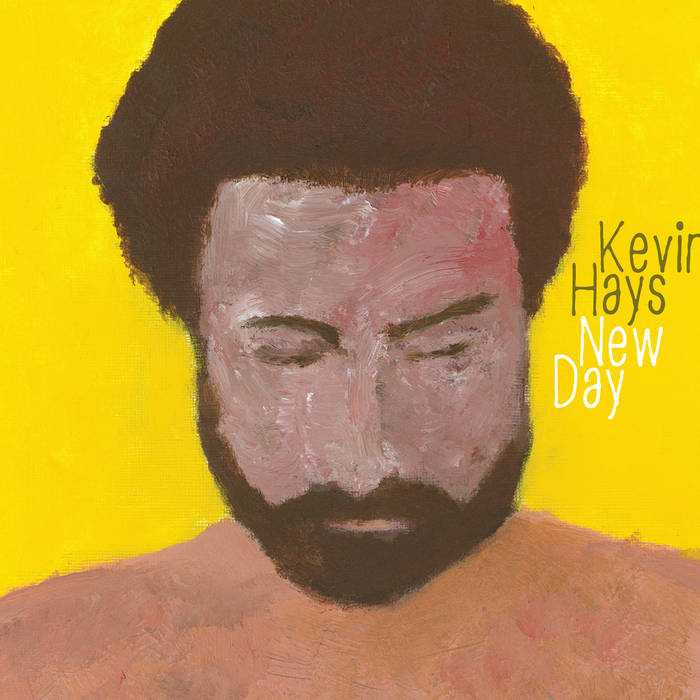 Kevin Hays’s New Day marks the celebrated pianist and composer’s return to the studio and first release as bandleader in over four years. The hiatus has provided Hays ample time to further his own craft of songwriting and performing, his main vehicle being his New Day Trio, featuring bassist Rob Jost and drummer Greg Joseph, musicians well versed in rock and folk as well as the jazz tradition.

One tendency that Hays has more recently been relying on is the increasing use of his voice. This element has lent a more tuneful bent to his music, both vocal and instrumental. The focus on songwriting has led to a certain amplification of singer as songwriter and on his new recording, New Day, Hays enlisted fellow singer-songwriter (and jazz bassist) Tony Scherr on guitar and the wonderfully expressive Gregoire Maret on chromatic harmonica.

There have been times in the pianist's life when self-searching and personal development have taken priority and performing was largely on the shelf. During these reflective periods lyric writing would become a connective and enriching activity for Hays. Though he still wrote for instruments initially, he would frequently find himself writing lyrics to tunes, even those he continued to play as instrumentals. He began to look at lyrics as quality control for his melodies, as he could judge the melody’s integrity by its singability, a sentiment not far from that hinted at by Sonny Rollins when Hays received a cassette tape of vocal versions of tunes to learn when the master saxophonist employed him. Rollins’s reason, “I want you to hear how the songs really go.” Implying a musician should know the words to a song in order to interpret it best.

Another important source of direction in the inception of New Day was producer Matt Pierson, who helped arrange and assisted on the ensemble’s two days of recording at the Clubhouse in Rhinebeck, New York. Hays had known Scherr for some time, as he gave the guitarist his first job in New York (as a bassist), and the two have continued to play in various situations, including work with Pierson. Hays had also worked with Maret on a handful of projects and was keen to include the tasteful harmonica player on the new recording.

The music that was recorded for New Day highlights the various influences that have become a part of Hays’s music. The jazz influences are impossible to summarize, as many of the pieces are harmonically complex and have virtuosic displays of improvisational genius. There are also the more song-driven elements taken from the blues, folk and rock, further augmented by Hays’s inclusion of guitar and harmonica in the band, creating rootsy music aimed at the gut.

The recording begins with “Run To The Sun (Inst).” This funky, ascendant blues is in 11/8 meter and features the trio with Hays on Fender Rhodes, and includes a rousing double-time drum solo by Joseph.

The title track, “New Day” is a sauntering, tuneful reminder to live in the moment, featuring an extremely present Maret solo and soulful vocal/Wurlitzer work by Hays.

The respite found in the serene beauty of “Trudger’s Paradise” is followed by “Milton,” Hays’s lively and rhythmic tribute to the brilliant Brazilian musician Milton Nascimento.

Written with musician and chef Sud Ram de Maurissens, whom Hays met in Italy at a yoga retreat while on break from touring, “The Sun Goes Down” continues the solar allusions, dimming with a more somber theme of lost love.

The sedately expressive “Kurtish” is a tribute to guitarist Kurt Rosenwinkel, a good friend of, and influence on, the composer.

Though written with lyrics, “All I Have” expresses the grace, redemption and healing Hays wanted it to embody without a word spoken.

Inspired by the documentary about rediscovered singer/songwriter Sixto Rodriguez entitled Searching for Sugarman, Hays began playing “Sugarman” while on tour with fellow pianist Brad Mehldau and kept it in the songbook, thus providing this transcendental rendition.

“Waltz for Wollesen” is a brief visit to an old west saloon. Named for friend and drummer Kenny Wollesen, whose wonderfully unique and eclectic musical personality is encapsulated here with Hays on tack piano, Jost on French Horn, and some verbal riffing from the trio on the topic of this much loved musician.

The reflective “Time Waits” suggests the notion of time being patient and generous to us, despite the hurried manner in which we often live our lives.

A vocal reprise of “Run To The Sun”, with lyrics by Hays and multi-instrumentalist Tony Jarvis, closes the recording with a stirring, New Orleans hued groove.

There is an interesting paradox on Kevin Hays’s New Day, namely Hays applies lyrics to music to express content that the music alone cannot but, further, allows the music to stand on its own if it feels right. Mixing material with vocals and without shows a maturation of this brilliant artist, allowing more facets of his musical identity to shine through.

Bandcamp Daily  your guide to the world of Bandcamp